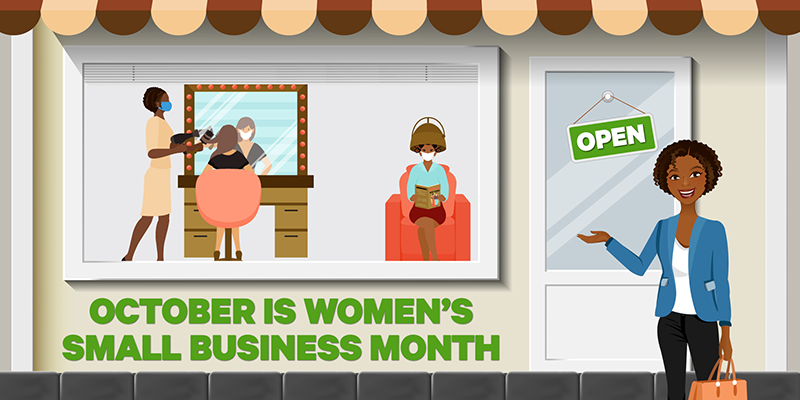 Groupon––where customers discover fun things to do and local businesses thrive––is encouraging everyone to celebrate October’s National Women’s Small Business Month by supporting women-owned small businesses in their community. To make it easy for people, Groupon has created a special campaign (gr.pn/wsbm) focused on driving customers to women-owned businesses in its marketplace. The company is also building on the momentum it created during August’s National Black Business Month and Hispanic Heritage Month (Sept.15 – Oct. 15) by continuing a dialogue with national, state and local business leaders to find ways to better support women- and minority-owned businesses, particularly those hurt economically by the COVID-19 pandemic. According to a new Groupon survey, a staggering 75 percent of women small business owners said their businesses were negatively impacted by the pandemic.

The survey, commissioned by Groupon, polled more than 500 women small business owners from around the United States to understand how they’re meeting the challenges that COVID-19 presents, the unique obstacles they face as women entrepreneurs, the secret to their success, and important issues women want to see addressed by the 2020 presidential candidates. The survey also revealed which states have been the most supportive towards women-owned small businesses during the pandemic.

“Every one of us has a role to play when it comes to investing in the success of small businesses. It’s certainly great to have an entire month and campaign dedicated to the promotion and growth of women-owned businesses, but it’s also very important that we continue to support them all year long,” said Groupon CFO Melissa Thomas. “This year, Women’s Small Business Month comes at a time when many women-owned businesses are facing even greater challenges than usual due to the pandemic and they need our help now more than ever.”

Women small business owners who took the survey were twice as likely to say that lockdown restrictions implemented to stop the spread of the virus disproportionately affected women- and minority-owned businesses as opposed to saying they impacted all businesses equally. Fifty-four percent said they feared they’d have to permanently close their businesses and one-quarter believe that it will take more than a year for their businesses to get back to normal. Four in 10 of those surveyed who applied for a Paycheck Protection Program loan said they were rejected. And 20% said they either plan to or already had to lay off employees and less than 10% said they plan to hire more people in the next year.

MOST SUPPORTIVE STATES DURING THE PANDEMIC

Of the states surveyed, the results revealed that Massachusetts ranked the highest for doing the most to help women-owned small businesses recover from the negative economic impact of COVID-19. The Bay State recently announced an initiative that enables small businesses to defer paying regular sales, meals and room occupancy taxes until May 2021. New York, Michigan, Ohio and North Carolina rounded out the top five states identified by survey participants as being the most supportive.

Fifty-five percent of respondents said that they believe men have an easier time starting their own businesses and just over half said they’re held to a higher standard than their male counterparts. Fifty-four percent of women surveyed said they sometimes find it difficult to balance running a business with family life. Given these unique challenges, it should come as no surprise that more than 60% of women small business owners surveyed said they go out of their way to help other women entrepreneurs succeed.

Women small business owners said the top five keys to their success were putting in hard work, taking pride in the quality of their product or service, building a personal network, having an innovative business idea and interestingly enough––since it was identified as an obstacle––being a woman. Women small business owners said it took an average of 2.5 years for their businesses to become successful.

MAKING THEIR VOICES HEARD IN THE 2020 ELECTION

Sixty-seven percent of women business owners surveyed said they’re paying close attention to the upcoming 2020 presidential election. When asked to identify their preferred candidate, former Vice President Joe Biden had the support of 47 percent of respondents compared to 34 percent who indicated support for President Donald Trump. The top five issues that women small business owners identified from a list that they want to see addressed by the presidential candidates were the economy (chosen by 75 percent of respondents), healthcare (54 percent), gender equality (43 percent), tax credits and/or cuts (42 percent) and social justice (36 percent).

Groupon is urging consumers to celebrate National Women’s Small Business Month by supporting women-owned businesses in their local communities as well as by making a donation to help provide new women entrepreneurs with much needed access to capital. To find a woman-owned business to support near you, Groupon is highlighting approximately 2,000 women-owned businesses across the United States. These merchants will be featured across Groupon’s mobile, online and social channels throughout the month of October.

In addition, the company has partnered with Kiva.org––a renowned crowdfunding platform––to provide consumers with an opportunity to contribute to a fund that supports women-owned businesses across the U.S. The goal of the fund is to help create opportunity and unlock access to investment capital for women looking to start or grow their businesses.

Finally, to help bring more attention to the challenges women entrepreneurs face and resources available to help their businesses succeed, Groupon is partnering with the Illinois Department of Commerce and Economic Opportunity (DCEO) to host two virtual panel discussions for merchants during the month of October. The panels are designed to bring together government officials and business leaders at the federal, state and local level to discuss the unique challenges women business owners face and the programs and resources available to help them succeed. For more information, visit gr.pn/wsbmmerchant.

To find a women-owned business that you can support in your community, please visit gr.pn/wsbm. 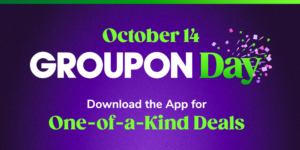 A Message from our CEO Kedar Deshpande 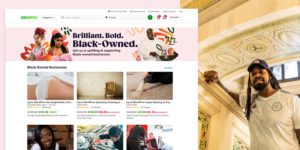 Get the Groupon App