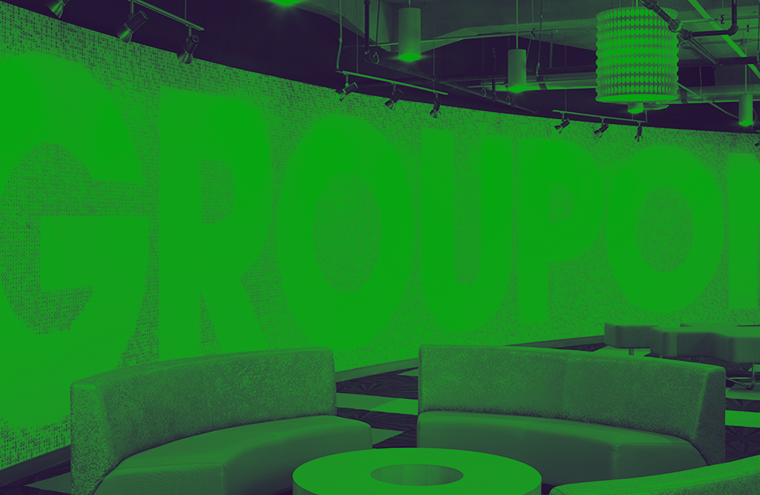 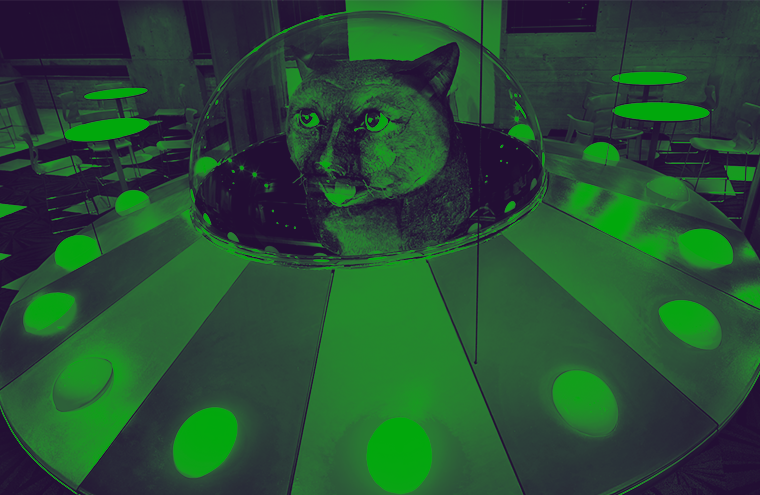 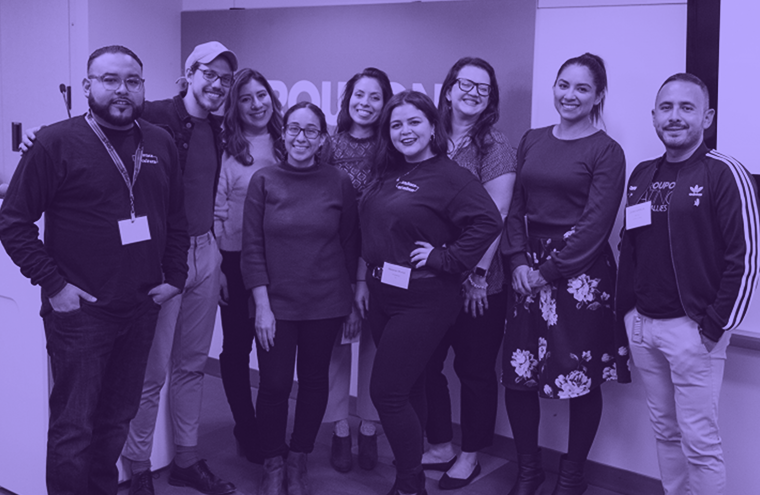 We’re committed to cultivating an empathetic global community where commerce, innovation and brand loyalty thrive through inclusion and diversity.

The character of a world-class city comprises many ethnicities, places of origin, interests and worldviews. As Groupon operates in cities all over the world, we recognize the importance of building a strong internal and external culture that promotes opportunity for engagement and support across cultural lines. 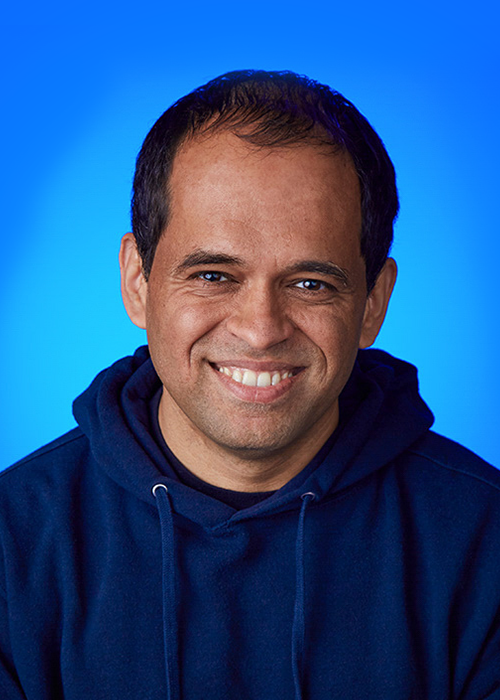 Prior to joining Groupon in December 2021, Kedar Deshpande spent more than 10 years at Zappos in roles of escalating responsibility, culminating with his appointment to CEO of Zappos. In addition, he held  a number of other senior leadership positions across Zappos’ Marketing, Product, Tech and Service functions, including COO. Before Zappos, Kedar worked as a Software Engineer for General Electric. Kedar completed his undergraduate degree in India at Dr. Babasaheb Ambedkar Marathwada University and received his MS in Computer Engineering from the University of Nevada Reno.

Barbara Weisz has served as Groupon’s Senior Vice President and Head of Global Operations since December 2018. Barbara oversees the company’s operational functions everywhere we do business in addition to our sales functions in International. She joined Groupon in January 2010 as part of the European founding team and has held a number of operations leadership roles during her tenure. Prior to joining Groupon, Weisz spent nine years at eBay in a variety of marketing roles. 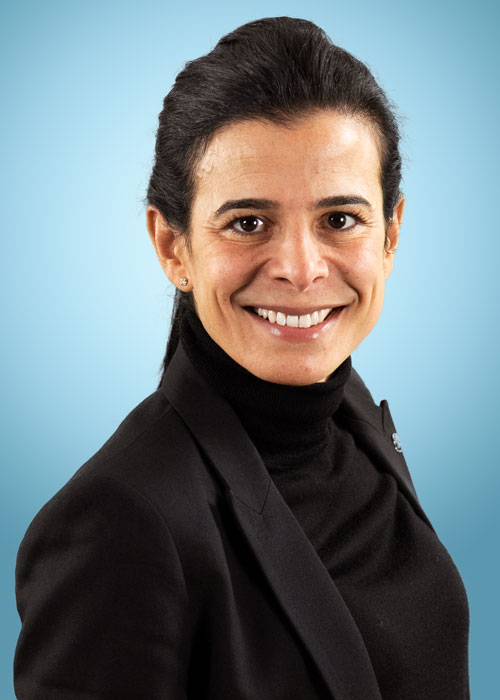 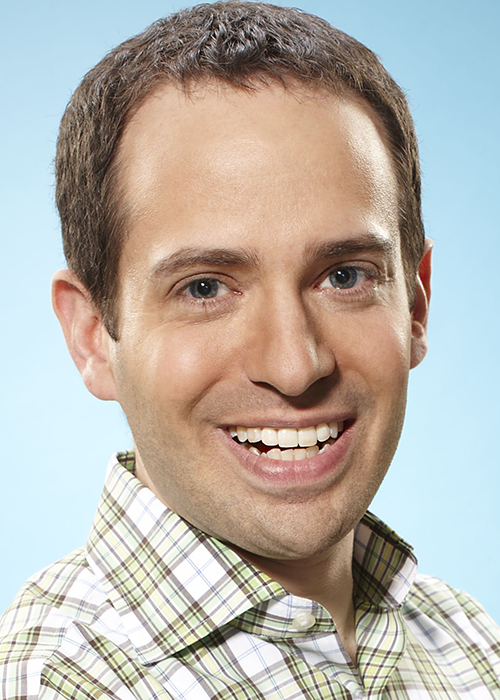 Brian Fields has served as our Chief Commercial Officer since January 2021. Brian oversees Groupon’s North America Sales, Vertical Strategy, Product Operations and Global Marketing teams and is responsible for delivering the ideal merchant experience. Brian most recently served as chief operating officer at Oak Point Partners, and prior to that spent nearly eight years at Groupon in a variety of leadership roles including vice president and general manager of Local and vice president of Corporate Development and Strategy. Prior to Groupon, Brian held positions at the Tribune Company and Booz Allen Hamilton. 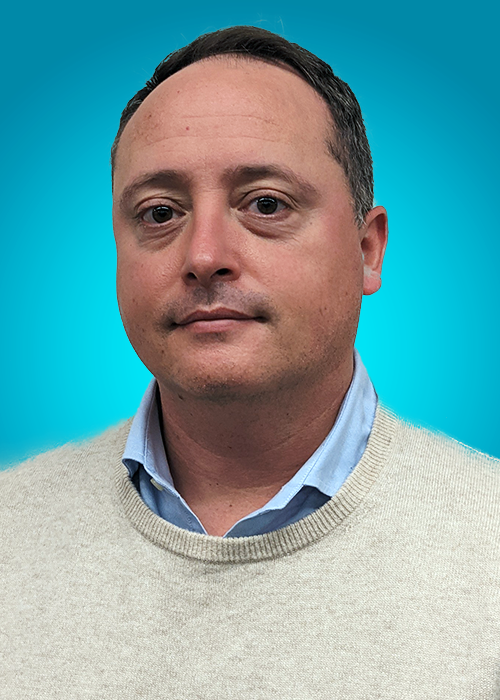 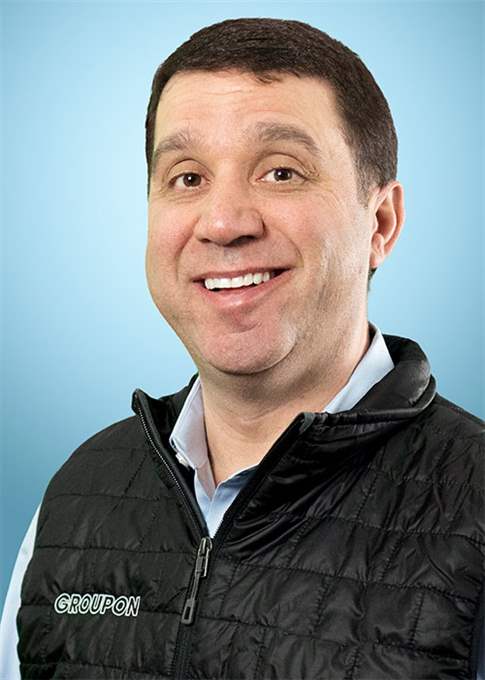 Kristen Barbor serves as our Chief People Officer, overseeing all of Groupon’s People & recruiting functions. A Groupon veteran of more than seven and a half years, Kristen brings outstanding domain expertise to the role, with extensive knowledge of and experience in HR functions and strategy, as well as a strong drive to build an inclusive, equitable Culture.  Kristen has held a number of leadership positions in the HR org, including leading our Global HRBP teams, Technical Recruiting team and most recently assuming responsibility for Talent Development and our Global TA function. Prior to joining Groupon, Kristen served in a variety of HR Leadership roles working at Shell Oil, Pepsi, Nestle and Leprino Foods. Kristen completed her undergraduate degree at Bowling Green State University and continued her education at the University of South Carolina where she received a Master of Human Resources. 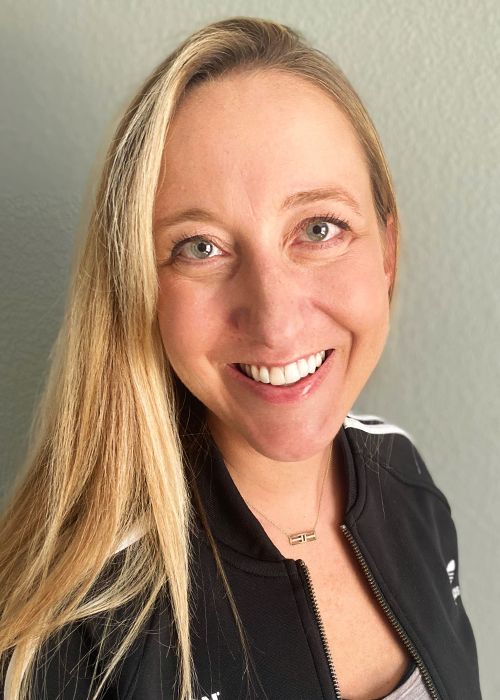 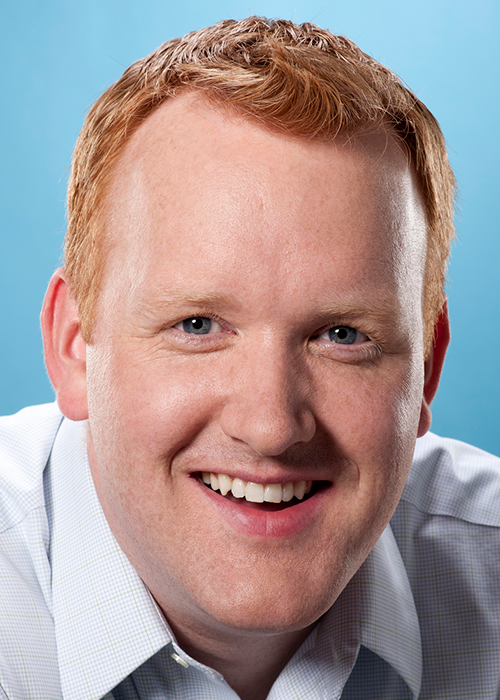 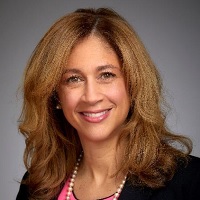 Prior to her role at Groupon, Jennifer served as Dollar General’s Vice President of Investor Relations and Corporate Communications. While at Dollar General, she served on the boards of the company’s Employee Assistance and Literacy Foundations.

Before coming to Dollar General, Jennifer served as the Vice President of Investor Relations at Etsy, Inc. where she was responsible for establishing a successful investor relations program following the company’s initial public offering in 2015. She also ran Financial Planning and Analysis and Communications during her tenure with Etsy.

During her nearly 30-year career, Jennifer has held leadership roles at the strategic communications firms,  Joele Frank, Pure Communications and EVC Group. She began her career on Wall Street, working on institutional equity and fixed income desks at Merrill Lynch and Griffin Kubik Stephens and Thompson. 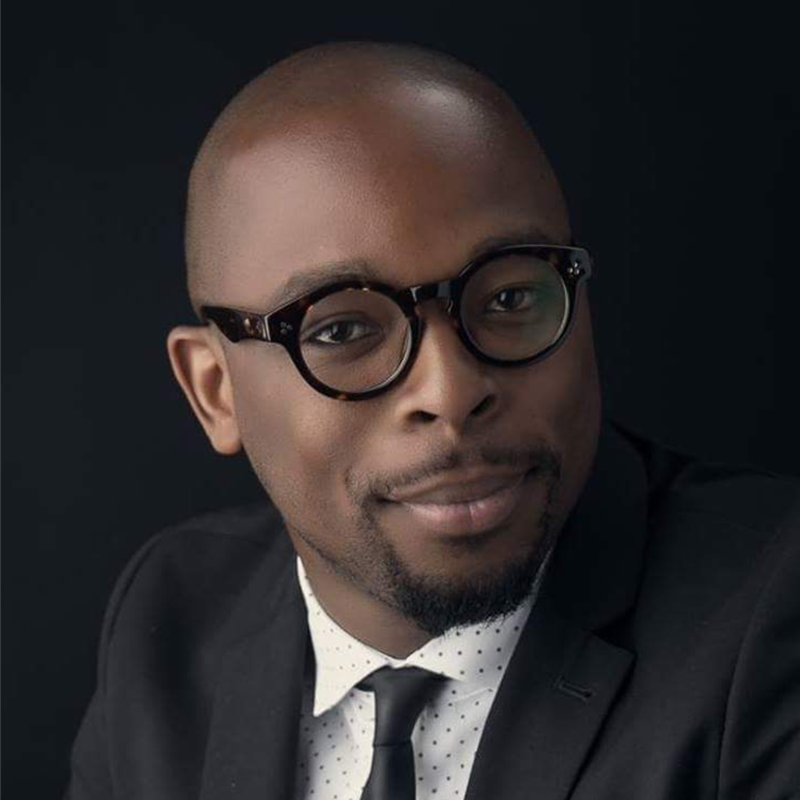 Global Head of Diversity, Equity & Inclusion Yemi Akisanya is Global Head of Diversity, Equity & Inclusion (DEI) at Groupon. In this role, he is responsible for building Groupon’s DEI global strategy focused on creating short and long-term plans to help build a more diverse, equitable and inclusive culture for Groupon’s Merchants, Customers and Teammates.

Lorna Jones is the VP of HRIS & HR Operations at Groupon. In this role she is responsible for leading a global team in providing HR expertise in collaboration with business partners, stakeholders, and senior leadership on delivering systems, programs, and processes to ensure management of HR Technology solutions and business processes based on operational excellence. 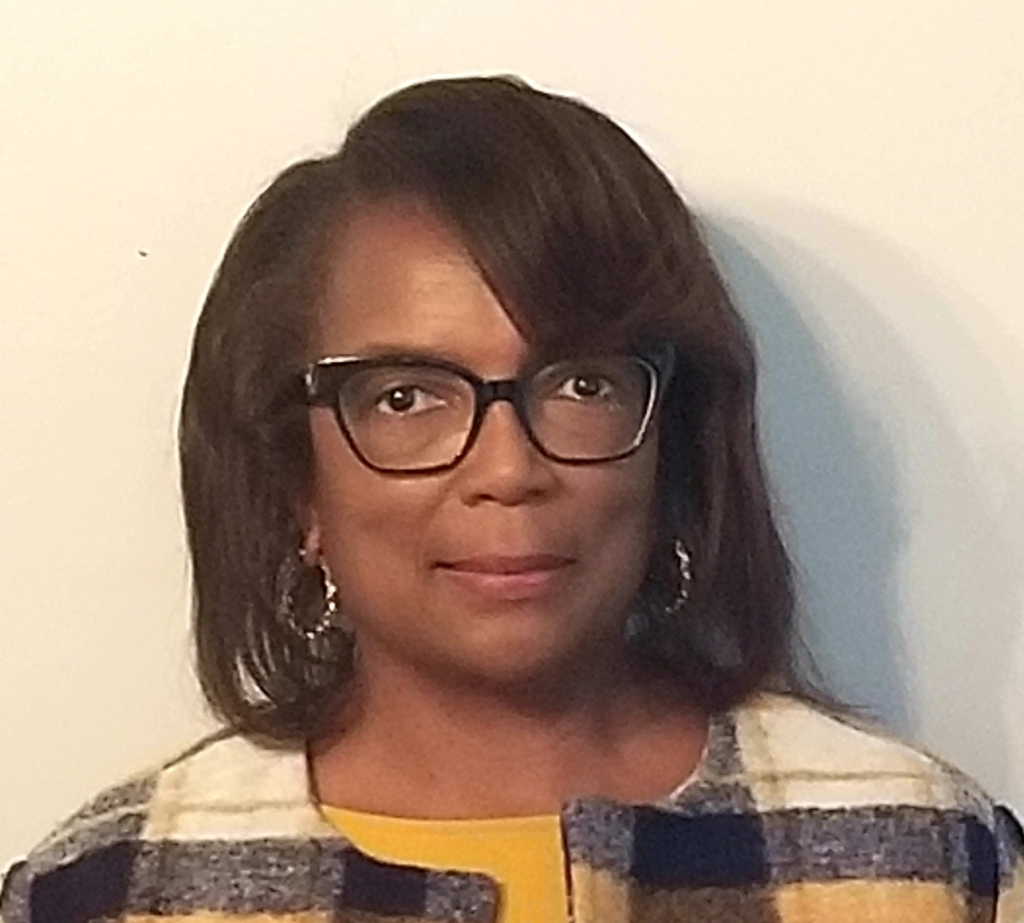 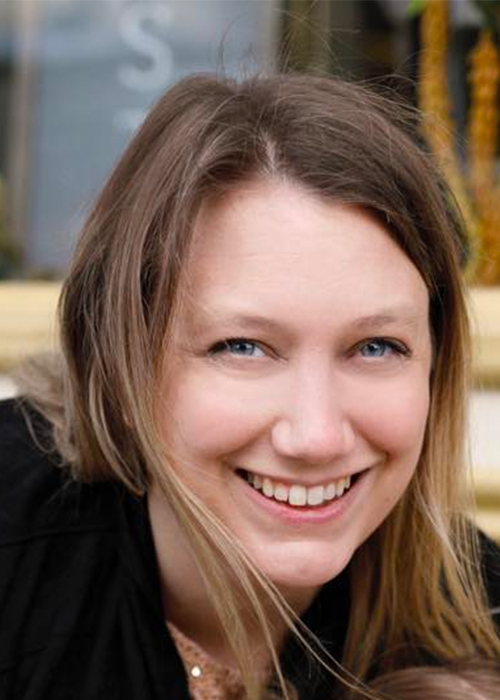 Kerrie Dvorak serves as Groupon’s Chief Accounting Officer and is responsible for the company’s worldwide financial reporting functions. Kerrie joined Groupon in 2014 and served in a number of accounting roles of increasing responsibility before stepping into her current role as CAO. Before joining Groupon, Kerrie worked for GATX as a Senior Analyst for Accounting Policy and Corporate Communications, Deerfield Capital Management as a Senior Accountant and KPMG as a Senior Associate. Kerrie received her Bachelors of Science in Accountancy from the University of Illinois Urbana – Champaign and her Master’s in Professional and Technical Writing from DePaul University. She is a CPA in Illinois.

Get the Groupon App